And So Summer Begins… 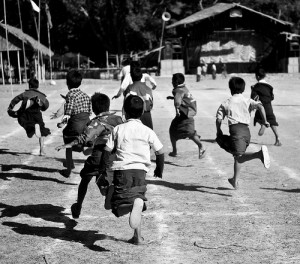 With the surprise arrival of the elder boy and a house full of kids this afternoon (my own plus several neighbor kids), I realized that summer vacation is upon me. And I’m so not ready for this.

How am I to get any work done with a bunch of kids in the house, playing music videos, video games and talking loudly? I sent them to the park, that’s how.

The awesome thing is that the neighbor-kid parents are starting to loosen up, and today, the kids went off to the park in a group of four!

What a change from last week, when I thought one of my neighbors was a free-range hater who called the police. I’ve since decided that probably wasn’t the case and that the police visit was a hang over from the first run in. I’ve also realized how important it is to encourage other parents to let the kids go off to the park as a group, so the boy isn’t on his own traveling between the park and home. Not only are they all safer that way, they get to play together and they’re less likely to be bothered by a busy body thinking one parent is crazy for letting her kid cross a major intersection.

I’m winning the parents over and the kids get to go play at the park. I think summer is going to be awesome…

That is, as long as we all kick the kids out of the house and send them off to play together.