Are You Ready to Join the Ranks of Urban Bicyclists? 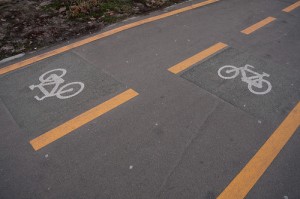 I’ve been commuting by bike for over a year now but people are always surprised and sometimes amazed that I can survive without a car in Southern California.

First of all, it didn’t start off as being a choice. I was abruptly confronted with not being able to afford the luxury of a car and I wanted an efficient way to get around town. Despite Southern California’s deeply ingrained car culture and the fact that people think biking for transportation is dangerous, I find it quite fun and efficient.

And a stressful one. It wasn’t until I stopped driving that I realized how stressful it can be. Now I spend a lot more time doing things besides driving and cycling around means that fitness is automatically incorporated into my lifestyle.

Urban bicycling is becoming more popular in some parts of Southern California. This is probably a result of rising gas prices. There is some evidence that urban bicycling improves the quality of life for urban dwellers. This quality of life improvement is attributed partially to the increased activity, but also to the reduced stress of not having to get in a car to go everywhere. When you add to it the earth friendliness of not hopping in the car to make a 5 minute trip to the local convenience store, you’ll see the benefits of urban cycling really start to add up.

You absolutely have to consider the city you live in before you decide to become an urban bicycle commuter. In most SoCal cities, bicyclists must content with motor traffic, that isn’t prepared for the reality that California vehicle code considers bikes vehicles and should be treated as such.

Does you city have bike paths? If not, is the right hand of the roadway wide enough for you to ride without impeding the flow of traffic? (NOTE: This not a legal consideration, just a safety one. Remember bicyclists have just as much right to the road as car drivers do). Are there lots of blind curves where cars zip around and hit you before they even see you there? What’s the city cycling population like? If there is a significant number of cyclists on the road regularly, a lack of bike lanes might not be a problem.

The cars aren’t the only thing to take into consideration though. The biggest complaint of car drivers is that bicyclists are inconsiderate and don’t obey traffic laws. As an urban cyclist, I’ve seen the recklessness of others on bikes. I’ve seen people ignore red lights and stop signs. I’ve seen people cross lanes to make a left turn, when oncoming traffic seemed dangerously close. I’ve seen people ride down the wrong side of the road, against the flow of traffic. All of these things put the cyclist, not the car, in danger. As a general rule, urban bicyclist fair best when they are treated — and behave — like they are part of regular traffic.

Riding on the sidewalk is also dangerous. If you’re on your bike, you are not a pedestrian, and you actually present a hazard to those who are. And if you ride against traffic on the sidewalk, you are at risk of not being seen by cars coming out of driveways (they should look both ways, but often they only look in the direction of oncoming traffic).

Last, but certainly not least, I recommend that anyone riding a bike wear a helmet. I see people biking all over town, safely and recklessly, and 90% of them without helmets. California law only requires children under 18 to wear a helmet while biking, but when you’re an urban cyclist you need all the protection you can get. And guess what, the helmet is ALL THE PROTECTION YOU GET. Wear one.

Now that we’ve gotten all of that out of the way, go out and join the increasing ranks of urban cyclists. You can start small, but I’m betting you’ll find that with all the sun and the dopamine produced by the increased activity, bicycling around town will become one of your favorite past times.