Parents Can Get Together to Teach Kids Respect For Each Other 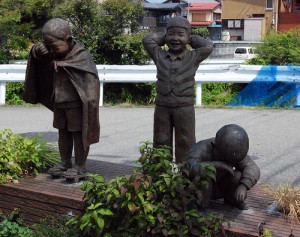 This isn’t a movie review for the movie I’ve never seen with the same title. Instead, its an expression of pride in teh collective parenting my neighbors and I are doing.

About a month ago, the Boy came into the house crushed and crying that his friends had told him he wasn’t Christian. While my first impulse was to say, “So the-fuck-what,” I could tell he was very hurt by the assertion that his spiritual foundation was false. Instead, I asked him why they had said this…had he done something to provoke such a response?

He told me that he and the girls had gotten into a disagreement and that he pushed one of them. One of them responded to his violence toward her friend by questioning his faith.

Clearly, she had no real understanding of what it meant to be a follower of Christ beyond the concept that hurting others was wrong. It was a good place to start, but her assertion indicated a youthful ignorance that resulted in behavior that was hurtful to someone she called a friend.

I talked to the boy about spirituality being personal and the concept of being Christian meaning to follow Christ’s example of love and decided to let him try to work things out on his own.

But then it happened again. And again nearly a month later, this time with a group of girls cornering the boy at the water fountain to taunt and yell and threaten to beat him up.

This was the point at which I decided to contact the teacher and request that she take action. I also decided that since most of the taunters lived in our building, that I would talk to their parents. The good news is that the parents were sympathetic and agreed that the kids should not be picking on each other. And since then, the kids have been playing nicely together.

We tend to react to bullying in one of two ways as parents: either we ignore it in the expectation that the kids can negotiate their own conflicts, or we get way too involved taking on the defender position which can often make things worse. Sometimes though, parents can band together and teach kids to respect one another.

Thats what me and the other parents here did. We all agreed that the kids didn’t have to be friends, but we didn’t want them to be mean to one another.

It was a teachable moment for all involved.