Beautiful validation, from one mother to another 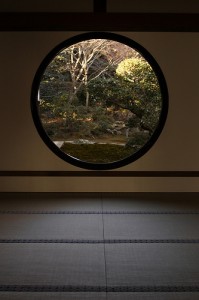 This weekend I saw a friend I haven’t seen in almost 10 years. We reconnected on Facebook and talked about getting together for a few months until, one day she called and she was on her way.

Its a good thing we didn’t have any plans.

The boys got along like long lost friends and splashed around in the pool for hours. And the friend — we’ll call her M — sat in the sun talking. Talking about spirituality, health, vices and what we’ve learned from our boys.

She remarked that she wished her son were as independent as mine and confided in me that her son was autistic. For a long time she had been so worried about the autism, that how until recently, she let it become an excuse for her to do almost everything for her son. There was no consequence for any of his actions and there was no responsibility.

Then one day M found herself trying to lift her 8-year-old son to help him get dressed, and she realized how ridiculous it all was. M saw the environment — and bratty monster — she had created, and she was not pleased.

I had to reflect on how exhausting it must be to be a single mother to an 8-year-old boy who has no responsibilities and for whom there are no consequences. M’s boy seemed perfectly sweet to me, but I know how things are different when it’s not your kid.

Fortunately, M’s realization lead her to beginning to ween her son from his dependence on her. She did not want to be his world. She did not want to cripple him for adulthood by continuing to infantilize him. I could tell M had committed to making the change, for sanity and well-being of herself and her son.

And I was proud of her, as both a mother and a friend. Consequences, responsibility, freedom, play. These are things kids crave and need to be well rounded. My boy and I may be ready for him to go to the park and to visit neighborhood friends without me attached to his hip, but that was years in the making.

I realized that for some, letting go simply doesn’t come easy. I made the commitment early on when I decided that I would be a working mother. If I was going to college and work a job too, my kids could not have separation anxiety. As a single, working mother, I didn’t have the luxury of pampering my kids with over-protection and shielding them from the outside world.

Not all people see it that way, and that’s OK. But there is beautiful validation when people remark on how independent and well mannered the Boy is. And I’m glad M had her realization in her own time and is working to raise her own, independent, well-mannered, confident and capable young man.