The War on Education and the American Dream 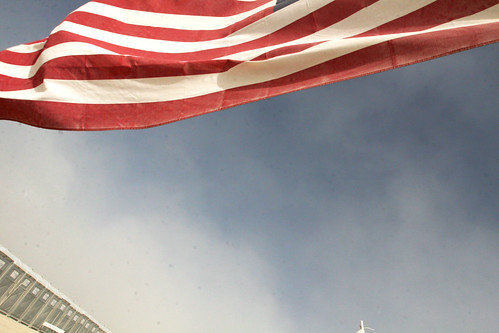 Last week the Freedom Writers Foundation hosted an event for educators (and education students) at the University of La Verne. While there was much talk about connecting with students and diversity awareness, there was another common thread: educators feel like they are under attack.

And why wouldn’t they feel that way? What with entire school districts being fired in an effort to circumvent seniority rights and Wisconson governor Scott Walker’s illegal union stripping bill, teachers are being scapegoated all over the country.

School teachers are accused of living high on the tax-payer dollar hog and colleges have been branded as bastions of liberal elitism.

What’s wrong with this picture?

Why is it that after granting huge tax breaks to the richest people in the country — tax breaks that we could not afford — how is it that there can be a political movement to make cuts to front line services like education?

How is it ok to say people should save for retirement and then act like these people — who have saved for retirement, by paying into pension plans and social security — are robbing us so they should be stripped of those benefits because the people in government don’t understand how to balance a budget?

Why should we sit by and watch as the American Dream continues to be stripped away?

I’m not talking about the American Dream of consuming as much as possible and owning more home — and car — than you can afford. And heck, the dream of job security has been more of an illusion for the last decade.

The American Dream is all about opportunity. The opportunity for a good education and socio-economic mobility. Where does that fit into stripping the funding for education, firing as many teachers as possible and then branding public sector workers as parasites? Have we really made so little progress that we don’t understand that access to good education is vital to democracy?

What’s scary is that this is all part of what appears to be a conservative backlash against all of the social justice policies implemented over the last 50 years. People like myself have been afforded opportunities we probably wouldn’t have had, if not for the never ending civil rights struggle in this country.

Here’s the thing though: those opportunities are what the American Dream is all about. And education is the great equalizer.

Makes you wonder if the current political climate is about “budget deficit” and “returning the country to its prior glory,” or instead, all out warfare on the American Dream.