Bullying, safety and the necessity for raising confident kids 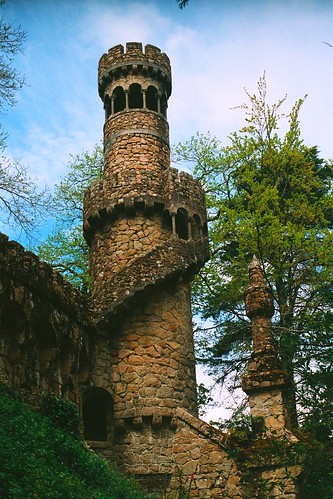 I like to avoid the tragic news about kids being hurt, abused, abducted, hurting themselves…Too much of that makes you want to lock your kid in a tower, never to be harmed by the outside world. But I’ve been asked a few times what I thought about Phoebe Prince’s suicide and the bullies accused of pushed her to it. So I’ve been stewing.

And I’m of two minds.

The first says that I’m not sympathetic to the idea of anyone killing themselves because they were bullied. Who hasn’t been other than the bully who was probably bullied by someone too. I was bullied, mocked and made fun of at various times during my schooling. I know what it’s like to be mortified and wishing you could hide from your tormentors. To feel like dread at the thought of going to school…And maybe with the “always on” culture we have, its harder to get away from the bully noise (but I don’t really buy that either).

Thing is that there have been bullies since the beginning of time and the bully is no more the cause of a suicide than a cardiac arrest is a cause of death. There are obviously bigger reasons here for Prince’s being suicidal; bullying perhaps the final stressor.

My other mind says that the bullies should definitely be held accountable for what they did. And so should the school admins who did nothing. They tell kids not to fight, have zero tolerance policies for the stupidest things and make every adult who graces the school campus for any length of time undergo a background check and then fail to protect them from a very real, internal threat.

It may not be a threat like being kidnapped, but bullying is hurtful and some cases (maybe Prince’s case was one such cases), bullying can be quite severe. It’s also no secret when it’s going on. Students and staff turn a blind eye and for meeker, more sensitive kids, the affects of bullying can be traumatizing.

I never told my mom I was being bullied. Maybe I was more resilient than others. Maybe mine wasn’t a severe case. But when The Boy told me there was a group of kids at his elementary school picking on him and he told me that the yard lady (as they call them) responded “it happens” I was a little irritated. If he had told me more than the little girl kicked him and they said things like “you think you’re cool” (all of which point to a schoolyard crush and/or jealous kids), I might have been more inclined to inquiring about more details. So I told the boy the girl probably thought he was cute and to kick her back next time.

That’s right. Kick her back. If you hit, you get hit back. And if the adults aren’t going to do anything, I think its more than fair for the kids to defend themselves within reason, and kicking a girl back after she’s kicked you every day for weeks, is definitely within reason.

The schools can’t have it both ways: don’t defend yourself but we won’t defend you either. Of course we don’t want them brawling every day, but kids also have to learn to work out their own schoolyard conflicts sometimes. It teaches them to protect themselves even if it means never actually having to fight anyone because they develop a sharp tongue and a quick wit (like I did ;)).

Learning to manage conflict also increases confidence. My eldest boy (The Kid) was pushed off of the monkey bars once. He hit his head really hard and had a stiff neck for a week or two. For a while he was afraid of the playground. He ate lunch in the classroom with his teacher and waited there to be picked up after school.

I told him that he had as much a right to play on the playground as that kid who pushed him and if he kept hiding he’d set a pattern of hiding and instead of facing his fear. About a week later I found The Kid playing out in the open. When I mentioned it, he grinned and told me he wasn’t worried about the bully anymore because he’d cornered him and beat him up. He was pretty sure he wouldn’t be bothered again.

The Kid looked so proud and confident. He was holding his head up and smiling like I hadn’t seen him smile in a long time. In my mind I thought I should tell The Kid what he’d done was wrong. But he had gotten tired of hiding and faced down his bully the best way he knew how. And he wasn’t afraid anymore. Who was I to tell him that was wrong?

I guess I say all this to say that we all share responsibility and more severe cases: the parents, the teachers and school administrators, the classmates, the bullies and the kids being bullied.