Nothing goes according to plan 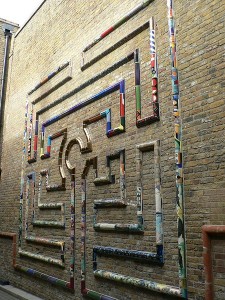 That doesn’t mean I stop trying to plan. The plans are always loose, and I really subscribe to the plan-as-you-go philosophy, in life as much as business. But that doesn’t mean when things don’t go the way I had hoped or expected them to go, that I don’t feel the disappointment.

I’ve been feeling a little disappointed all month actually. Kicking the freelance business into full gear proved more difficult than expected and while I’ve got some pretty good leads, the income is not nearly where I want it to be. Good news is that a couple projects and clients came through, so my panic was abated by the results of the hustle.

But there was another plan, one that involved international immigration and marriage and spending the rest of my life with the man I love. Unfortunately, that plan just isn’t going the way I expected. And so tonight is the last night David and I will spend together for the next six to eight months.

And its gonna suck.

You know what I’ve learned though? Nothing goes according to plan and things take twice as long as you expect them to. ‘Tis the case in both life and business.

And in both business and life, you have to have patience. I mean I was frustrated about the contracts not coming through based on the timeline I had established in my head, but they came through nonetheless.

While it would be really nice if David didn’t have to go home, we know that when he comes back, it will be to stay. And its certain he will come back.

So despite my disappointment that our loose plan didn’t work, I’ll be patient until the plan works itself out.